The director of the enterprise-supplier of the supermarket chain will be tried for tax evasion of over UAH 66 million
posted 06 May 2022 17:20

It was established that the director of the enterprise-supplier of the supermarket chain, during October-December 2020, by prior agreement with other officials, documented the fictitious purchase of agricultural products from the fictitious enterprise in the amount of over UAH 500 million. The contract was formally concluded to reduce payments to the budget, but in fact the supply of products did not take place.

In fact, entrepreneurs bought products from unidentified persons for cash and, after processing them, sold them to one of the supermarket chains. Knowingly false information was entered into the tax reporting.

Using such a scheme, the director evaded taxes to the budget in the amount of more than 66 million UAH. Part of these funds in the amount of over UAH 26 million was transferred to the accounts of the fictitious enterprise for the purpose of their further legalization.

An indictment was filed against the director of the enterprise by prosecutors of the Prosecutor General's Office of Ukraine.

According to Article 62 of the Constitution of Ukraine, a person is considered not-guilty in the commission of a crime and cannot be subject to criminal punishment until he or she is found guilty by court. 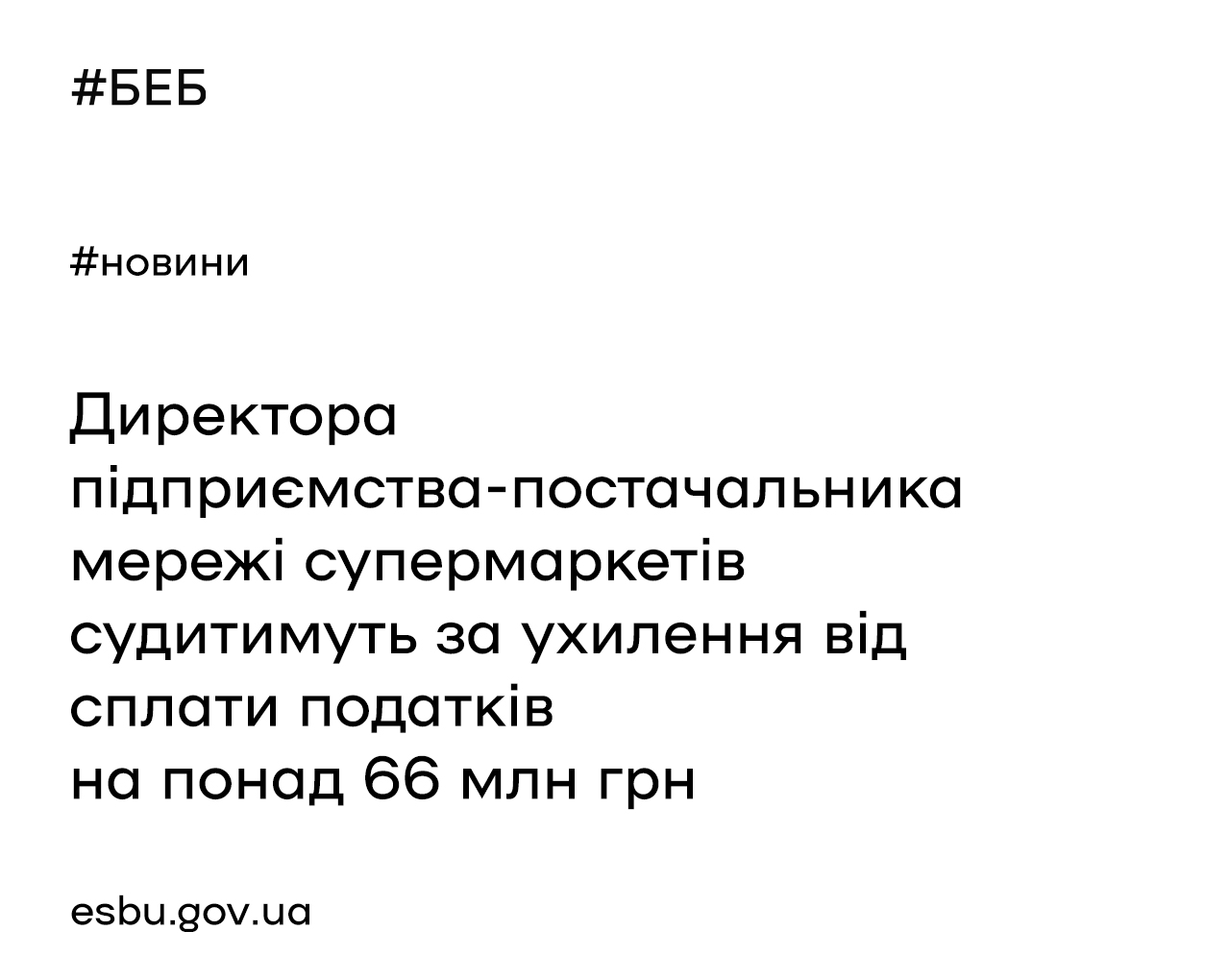 The Embassy of Estonia and ESBU have agreed on cooperation in the field of economic security.