Anatoliy Aleksandrov, Head of the ESBU International Cooperation Division, stated the above during his speech at the panel discussion "Living through Conflict" at the international conference "Estoril Conferences 2022".

At the conference, which was attended by current and former heads of state, scientists, opinion leaders, businessmen and more than two thousand students from the world's leading business schools, the Ukrainian side tried to enlighten the world’s community on the importance of strengthening of economic support and uniting of international forces for a joint victory over aggressor.

"The war is not a "problem of Ukraine" - it is a crisis and a confrontation of civilizational approaches, where there is no place to exchange basic democratic values for money. And sanctions are an integral part of joint actions on the fight against the aggressor", - noted the Head of the ESBU International Cooperation Division.

He also emphasized that the ban on issuing visas to russians should be kept on, because vacation during the war and traveling around the world for russians, who still live in the illusion that nothing has changed in their country, while thousands of Ukrainians are dying due to their silent guilt, should become impossible.

During the conference, it was also emphasized that the world should understand that now Ukraine is fighting hard not only for itself, but for the future of the current generations of the whole world. Right now, we are all victims of russia's global confrontation with the entire civilized world. It is a paradox, that in times of societal transformation and technological development, we are witnessing barbarism and destruction of the very foundations of political, humanitarian, and economic stability and security. Ukrainian youth should not become a generation of war and stolen opportunities.

Also, during the visit, a number of meetings were held, in particular with representatives of the Committee on Budget and Financial Policy of the Assembly of the Portuguese Parliament and management of the Judiciary Police of the Portuguese Republic, at which the main tasks of the ESBU were presented and details of future joint interaction were discussed. In particular, preliminary agreements were reached on bilateral cooperation on the exchange of experience in conducting investigations of economic crimes jointly with the Judiciary Police of the Portuguese Republic.

Estoril Conferences is an international platform that has been held since 2009 in Cascais, Portugal. It is the largest platform for open and effective dialogue on global challenges and development of efficient innovative solutions for a sustainable and inclusive future. Nobel laureates, current and former heads of states, scientists and opinion leaders are participating in the conference. This year's conference was devoted to global challenges and the latest solutions to overcome them. Considerable attention was paid to issue of conflicts, in particular to the current armed aggression of the russian federation against Ukraine. 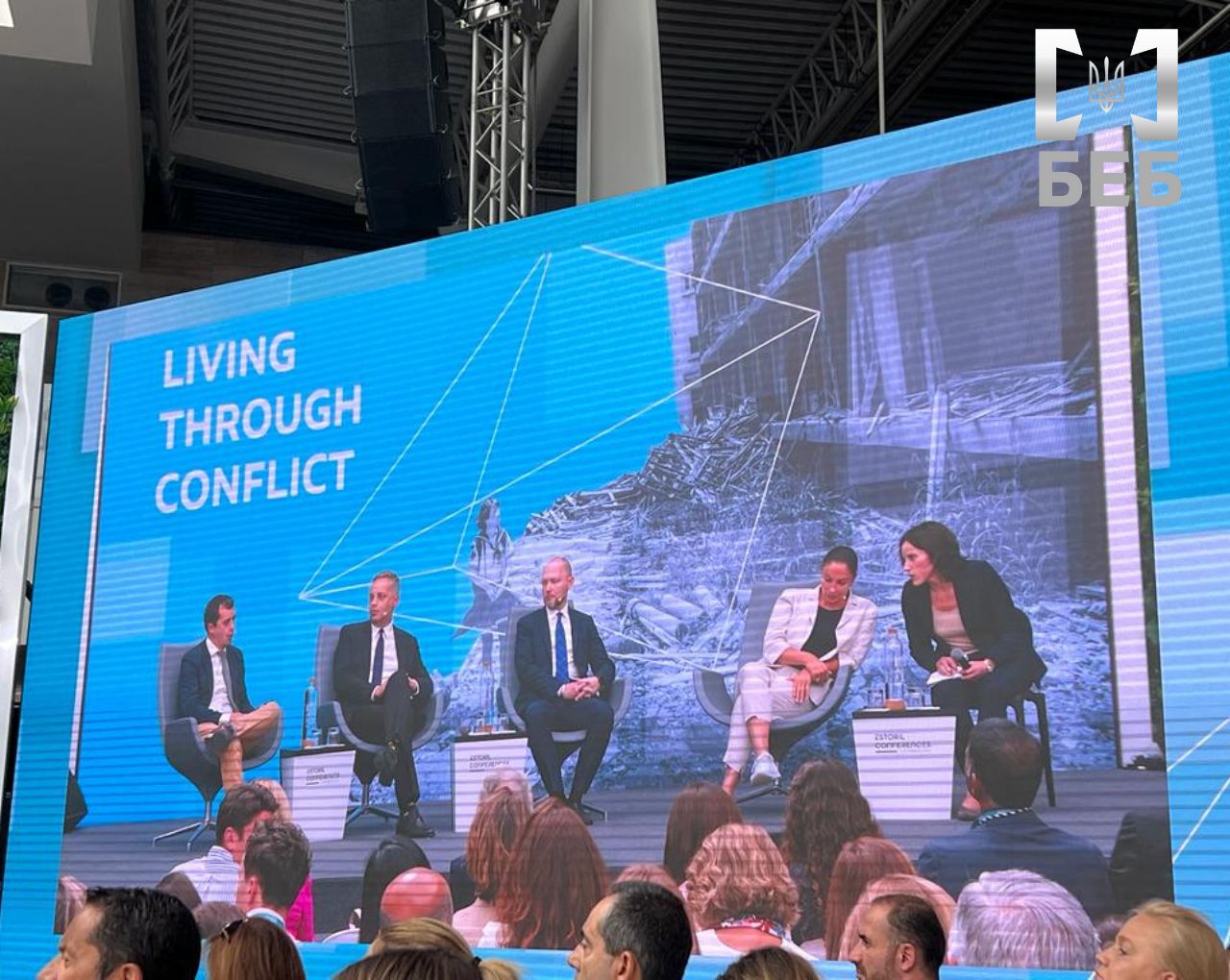