Employees of the Economic Security Bureau of Ukraine, under the procedural guidance of the Prosecutor General‘s Office of Ukraine, carry out pre-trial investigation of criminal proceedings on the fact of legalization of property obtained by criminal means.

According to the investigation, the russian oligarch and businessmen through the controlled Cypriot companies and their banking institution, before the war and during russian invasion of Ukraine, legalized the assets of these companies totaling UAH 1.1 billion.

Using a scheme with fictitious transactions, the russian oligarch and businessmen tried to avoid possible negative consequences in the form of imposing sanctions and forcible revocation of property rights under Ukrainian law. Subsequently, they withdrew some of the assets from the banking system of Ukraine. As previously reported, according to the the court decision the rest of these assets, totaling nearly half a billion UAH, were seized.

ESBU detectives also found that a non-resident company uses a securities account opened with a financial institution. Currently, there is reason to believe that the securities in the account were acquired through the use of fictitious transactions, respectively, they are material evidence.

The court ruled to seize the assets of Cypriot companies totaling more than UAH 12.4 billion.

The pre-trial investigation is ongoing. 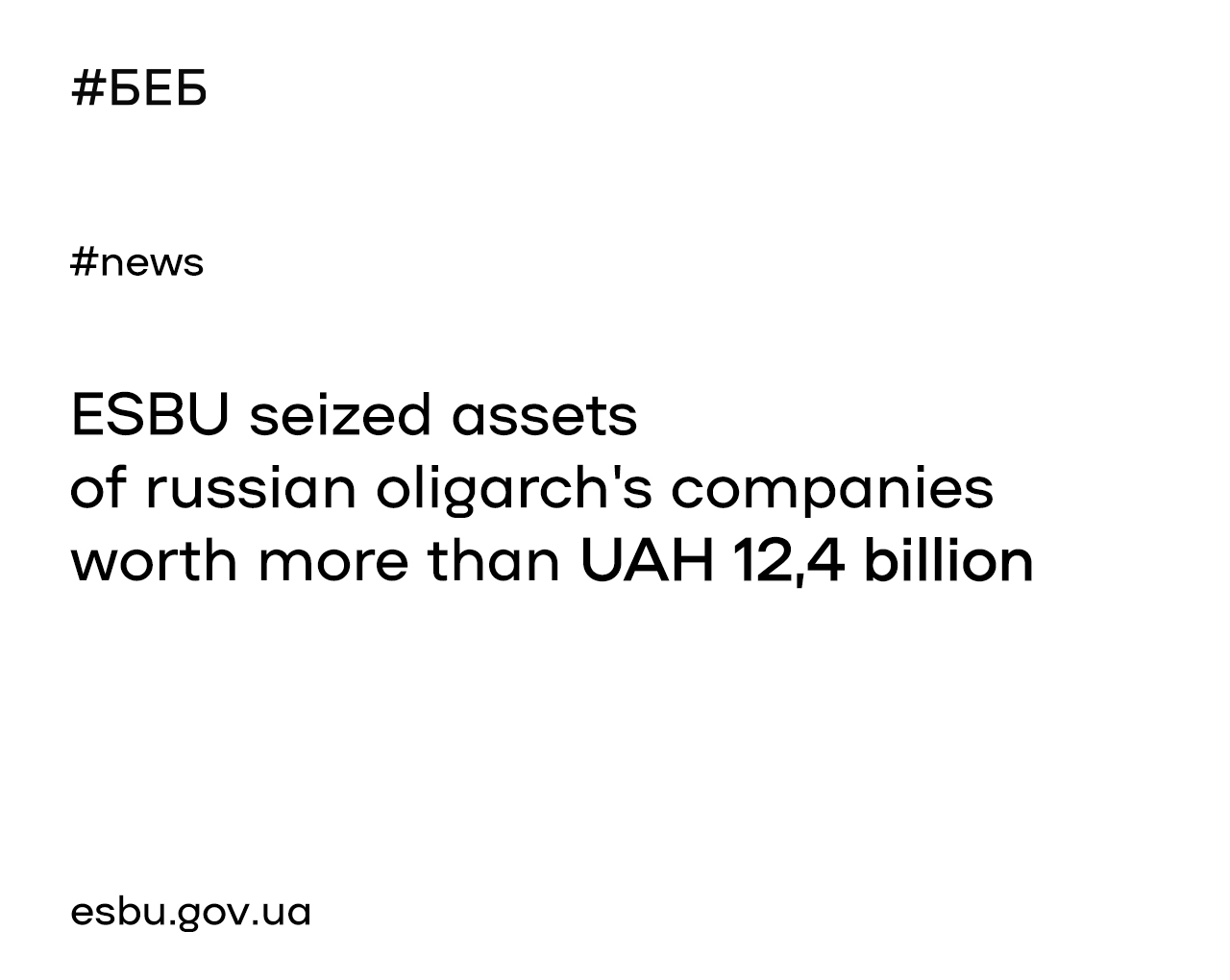 The Embassy of Estonia and ESBU have agreed on cooperation in the field of economic security.

UAH 30 billion is the value of assets of russia and belarus, which ESBU seized