Vadym Melnyk: ESBU initiated the seizure of assets of russians in the amount of UAH 31 billion
posted 30 June 2022 09:40

Since the beginning of the full-scale war, the Economic Security Bureau of Ukraine (ESBU) has initiated the seizure of property of russian citizens worth about UAH 31 billion. We are talking about the property of russians who committed offenses in the economic sphere on the territory of our state. This was announced by the director of the ESBU, Vadym Melnyk, on the air of the national telethon.

"In the focus of increased attention of the ESBU are enterprises owned by representatives of the aggressor country. Many cases of tax evasion have already been discovered. Almost every day we seize assets and increase the amount by several million. Now we are talking about UAH 31 billion - this is the value of the seized property of Russians who are suspected of these crimes. I hope that soon, according to court decisions, these funds and assets will start working only for the benefit of Ukraine," Vadym Melnyk stressed.

We will remind you that this week, ESBU employees, under the procedural guidance of the Prosecutor General's Office of Ukraine, exposed a russian who hid income from renting out commercial real estate in one of the regions of our state. The budget of Ukraine did not receive almost UAH 19 million from his activities. Now the court has seized the bank accounts, land plots and real estate of this person. The estimated value of the seized property is about UAH 1.3 billion. 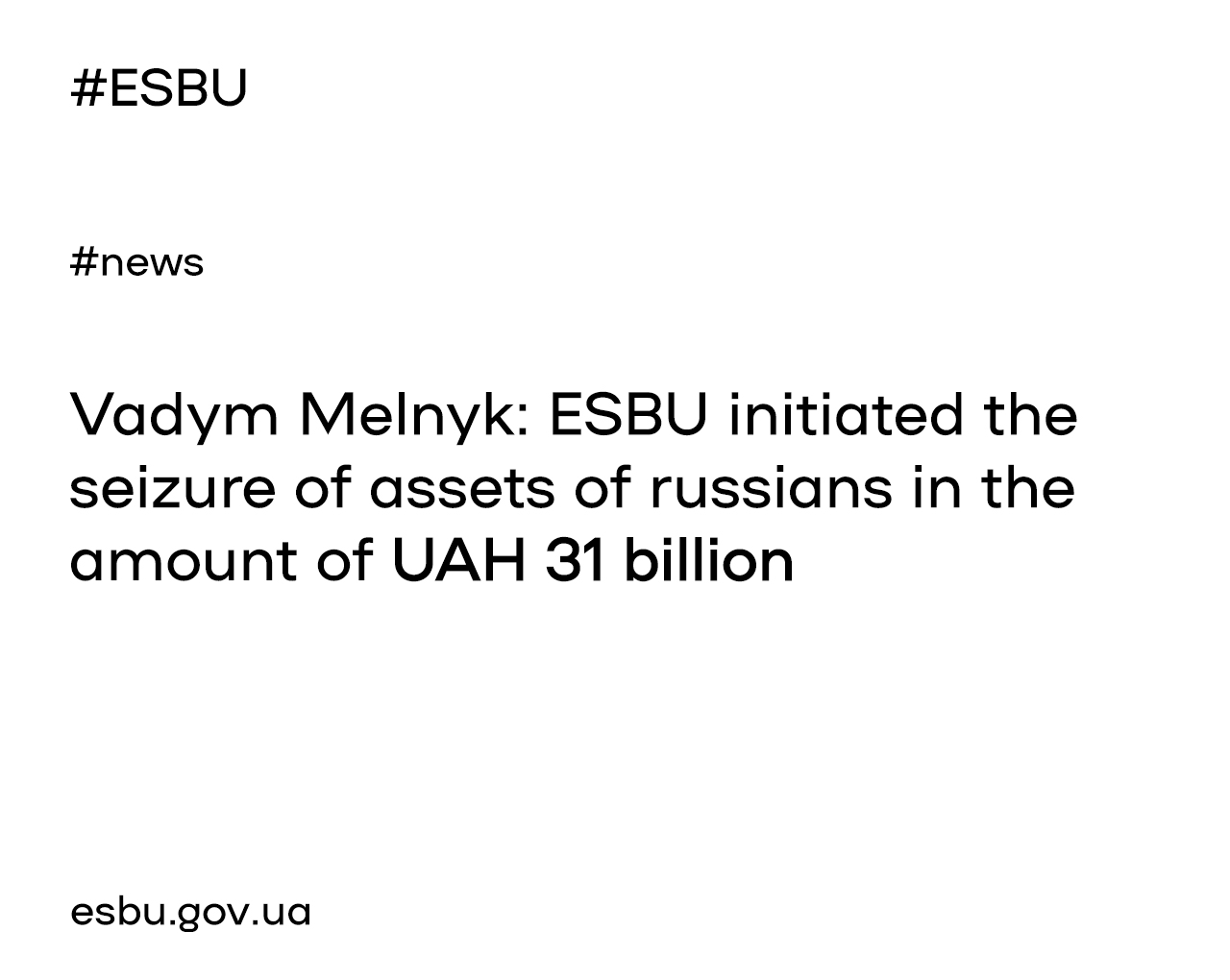 Preventing circumvention of sanctions by the russians: the OECD supported the ESBU's initiative to create a working group