On November 10, 2021, an international online meeting of the Ad Hoc Group on Tobacco Products took place with the participation of the Director of the Economic Security Bureau of Ukraine Vadym Melnyk. The meeting was organized by the European Union Border Assistance Mission to Ukraine and Moldova (EUBAM).

During his speech, Vadym Melnyk spoke of the role of ESBU in the fight against fraud in the production and distribution of tobacco products. He also put forward proposals to de-shadow the tobacco market and tighten control over the operation of duty-free stores for the country’s economic security.

"The Economic Security Bureau of Ukraine will be responsible for analysing, detecting and preventing criminal offences in the area of production and distribution of illegal tobacco in order to prevent the related crimes. In particular, it will put together analytical reports with conclusions, recommendations and proposals for government agencies in order to improve the regulatory environment and the economic policy," said Vadym Melnyk.

In addition, the Bureau presented a step-by-step algorithm of its work in combating the illicit trade in tobacco products. The key tasks include to investigate criminal proceedings in connection with the distribution of counterfeit cigarettes; to strengthen the dialogue with legal cigarette manufacturers, to establish joint working groups to enhance coordination with tax, customs and law enforcement agencies; to initiate legislative changes to criminalize the smuggling of excisable goods. 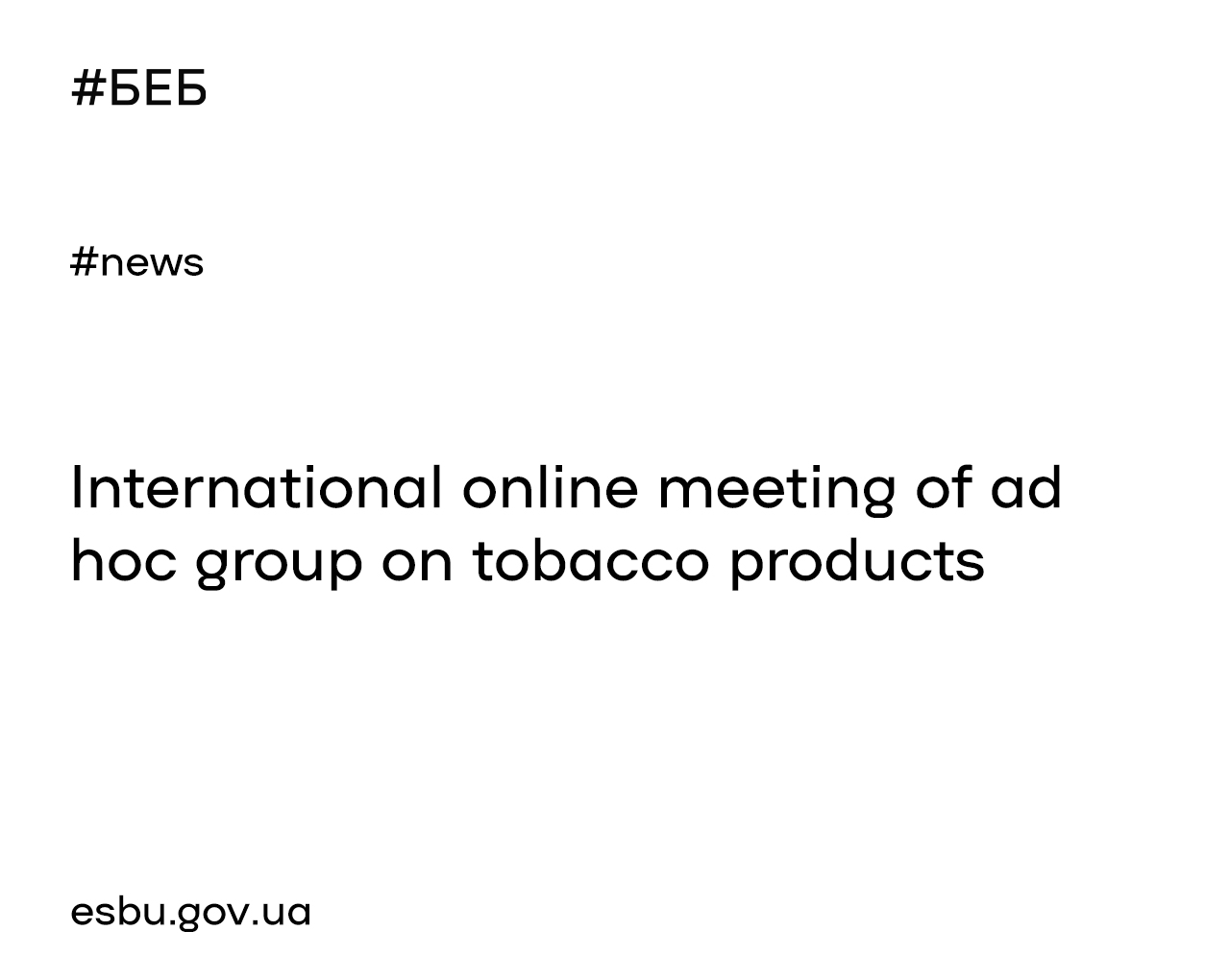